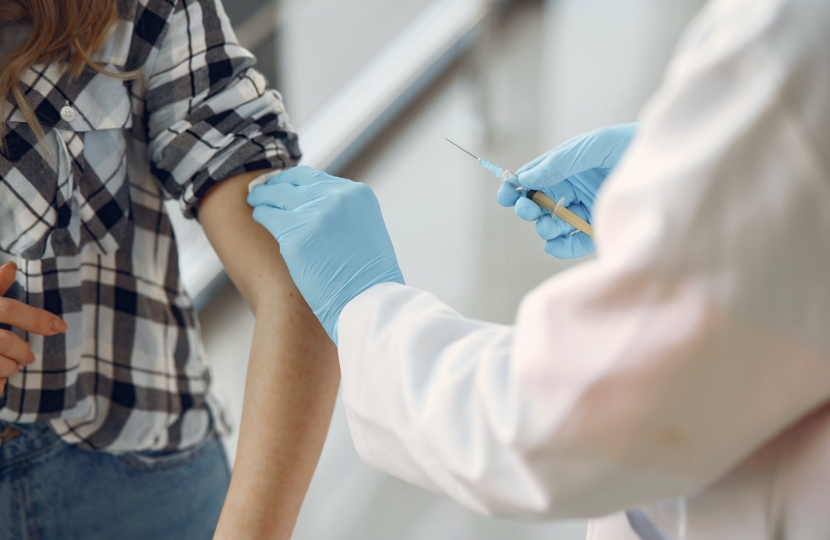 Last week I volunteered for the first of what I hope will be regular sessions supporting the vaccination effort. I was at Mably Way in Wantage, where Church Street and Newbury Street practice patients were receiving their first dose of the Pfizer vaccine. Some had hoped for the Oxford one, of course!

Patients arrived every 3 minutes to be registered and then waited to receive the jab and sit for 15 minutes to ensure they had no adverse reaction.

It was wonderful to see such a smooth operation, ably supported by volunteers from the Ray Collins Charitable Trust, which I had volunteered for before during the first lockdown. I was registering and directing patients – occasionally transporting them if they had mobility difficulties – and the relief people felt about receiving the vaccine was palpable. Given it is the priority categories which are receiving it at this time, many have spent much of the period since March indoors, often shielding. Over and over they told me how much they’d been looking forward to this day. They told me about their plans for when they could go out as normal again, who they’d see and how they’d celebrate postponed birthdays.

At Mably Way they were set to have vaccinated 2,500 patients just in that last week and nationally there are 140 jabs going in every single minute, well on our way to hitting 2 million jabs every week across 2,700 vaccine sites. The Government’s investment in multiple vaccines has paid off – it has so far secured 367 million doses from 7 vaccine developers with 4 different vaccine types.

We of course have a very local interest in the production of the vaccines as the new Vaccines Manufacturing Innovation Centre at Harwell will be able to make 70 million vaccines within a 4-5 month period when it opens later this year, having been fast-tracked by the Government for this purpose.

The new strains of the virus were a blow, but so far it is believed the vaccines will protect people against them. It is a great endorsement of medical innovation – not least from our local Oxford scientists – and of the Government’s strategy on vaccines. At various points during the pandemic the Government has been accused by some of not moving fast enough or being behind other countries, and yet here we are as the first country to have approved a vaccine and having vaccinated more people than the rest of Europe combined at the time of writing. In fact, as of Saturday 16th January we had vaccinated more people than the official count of people who have had the virus.

I hope everyone can finally see some light at the end of the tunnel.

David asks about land for a Didcot Health Hub