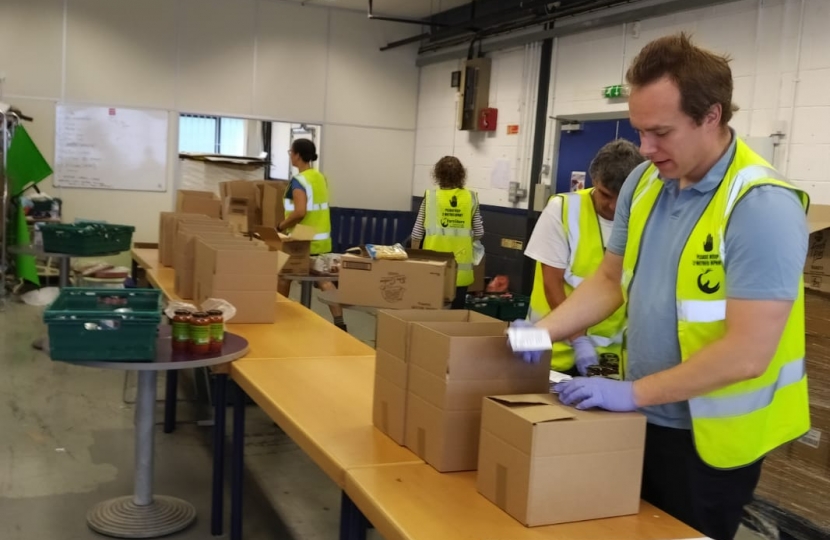 Having only been an MP for 6 months, its hard for me to know what ‘normal’ life should feel like in the role, but last week I felt like a semblance of routine is starting to emerge again.

On Monday, the legislation was a series of statutory instruments, including to ban plastic straws, part of the Government’s efforts to cut plastic waste. I spent most of Tuesday in the Trade Bill Committee, which I was asked to join. This bill is designed to allow us to have continuity trade agreements with those countries we currently trade with through the EU, such as South Africa and South Korea. It will allow British companies access to procurement opportunities worth £1.4 trillion and it will also set up a Trade Remedies Authority, which will investigate and advise action on unfair practices by other countries which damage UK producers, such as dumping and subsidies.

I used a statement by the Chief Secretary to the Treasury on Tuesday to suggest that all MPs encourage their constituents to support their local, independent shops. I shop at chains as much as the next person, but if we all do at least a bit for our small, local shops we’ll give them the best chance of survival in the aftermath of lockdown.

On Wednesday I had Education Committee, a session in which the leaders of the major teaching unions appeared. I am deeply worried about the impact of lockdown on children and am firmly on the side of all schools being open for all pupils as soon as possible. I was keen to ask about the rather extraordinary statement one union leader made that ‘teachers should not be teaching a full timetable, nor routinely marking work’ in this period. I didn’t get a very satisfactory answer as to why this had been said and I am not sure it represents the attitudes of their members.

Thursday was another Trade Bill day. Some of the witnesses raised issues that have had much publicity regarding the Bill, including a trade agreement with the U.S. and where they felt we could go further than EU environmental standards. Important issues, but they admitted not ones actually in scope of this bill, which is all about continuing agreements we already have.

All through the week there was regular communication between me and others regarding issues such as the burst water pipe under the A34 and anti-social behaviour by travellers. I spent Friday visiting local shops in Faringdon, to practice what I preached on Tuesday. I’ve missed going around the constituency and it was good to do so again. On Saturday, I was back volunteering at Sofea. Certainly my new life is never dull.