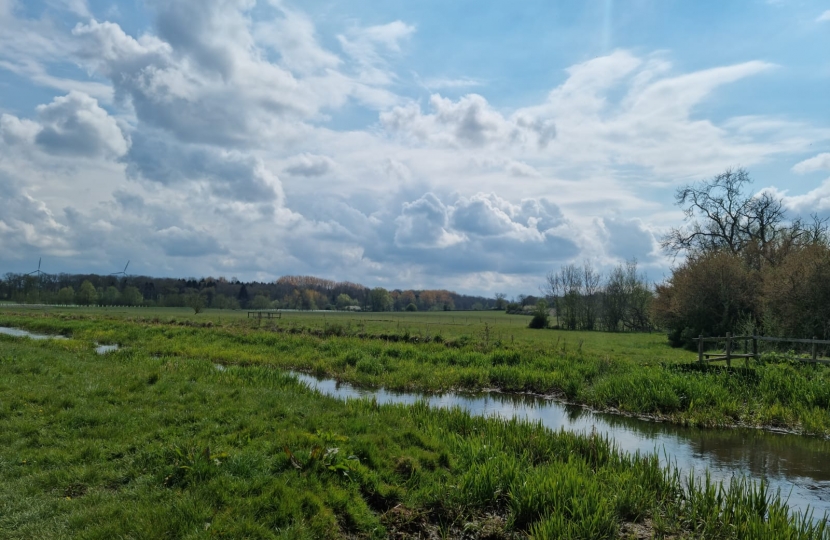 On the 1st July I will be holding a pre-COP26 Summit for my constituents, which you can sign-up to attend here.

COP26 is the UN Climate Change Conference which the UK will be hosting this November, in Glasgow; it was due to be last year but was postponed due to Covid. It will be a big moment for both this country and the rest of the world as the world’s leaders come to the UK to agree what collective action can be taken to accelerate the fight against climate change.

The Government has already made significant commitments, most recently to reduce carbon emissions by 78% by 2035, the most ambitious target of any country so far. As part of the Prime Minister’s 10 point for a green industrial revolution, it is investing billions in areas from offshore wind, to low carbon hydrogen, to trying to create ‘jet zero’ and greener ships. Not to mention the landmark Environment and Agriculture Bills which will, amongst other things, pay our farmers to protect our water quality, our air quality and our biodiversity.

But as much as the UK must do all it can, as of 2020 we were responsible for only 1.1% of total global emissions. China is responsible for 28% and was responsible for two-thirds of the growth in emissions since 2000. So action by this country alone will not get us anywhere close to reducing the global temperature, hence the need for COP26.

I am holding the local summit for a few reasons. I am passionate about the environment and have been an active member of the Conservative Environment Network since I was elected, recently becoming one of their net zero champions. I know it is something many constituents are passionate about too and I have already held a number of discussions both 1:1 and in groups to discuss their concerns and ideas.

We also have such fantastic organisations locally that people should know more about, from Westmill Wind and Solar Farm to Greencore Construction, whose Springfield Meadows carbon-positive homes I have now taken both the minister for Research and Innovation and the Secretary of State for BEIS, Kwasi Kwarteng, to visit so they can see up close a new way to build homes. I know that the day will generate lots of good ideas and I will then share these with Alok Sharma, President of COP26. I hope to see you there.

P.S. I am pleased to say I obtained the cross-party support I needed for me to lead a debate in parliament on the performance of Royal Mail and this is now on the list of debates to be scheduled later this year. Watch this space.

Thank you to everyone who nominated an individual or organisation as their local hero. It was a very competitive field and I will write to everyone who was nominated, but in joint-first place we have: