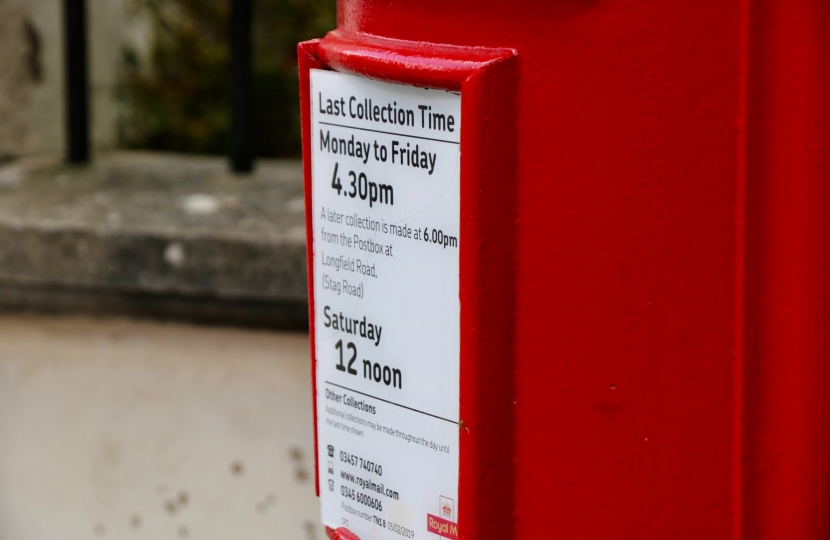 I was delighted to hold my debate on the performance of Royal Mail last Thursday. Beforehand, I went through all of the complaints I’ve had from constituents. The first was on the 10th August 2020 and the most recent ahead of the debate was the 14th June 2021 and I have had more complaints about Royal Mail than any other company.

I made clear at the start of my speech, as I have throughout this period, that I don’t blame Royal Mail’s workers for the problems. I have been living in the Didcot area since the beginning of 2020 and, while I have experienced some of the problems myself (not nearly as badly as some constituents), I have also seen how hard postmen and women have worked.

My view is that the problem is one for Royal Mail HQ to fix and I thought it was important to seek a debate in parliament given my meeting with them last year did not resolve the problem. Of course, I didn’t realise at that stage how many other regions were affected.

You can watch everything I said on my website or Facebook page, but I detailed the many things that had not been arriving on time – from cards and magazines to insurance renewals and hospital appointments. Royal Mail recently published their delivery figures for the last financial year and it showed their figure for delivering first class mail on time was 74.7% against a target of 93%. What is particularly eyebrow-raising is they recorded profits during that period.

I said that while I can’t definitively say what the problem is, I was hearing from constituents a feeling that parcels are being prioritised over ordinary mail and that perhaps more needs to be invested in the latter – certainly I would like the service here reviewed. I said I’d like a better standard of response from Royal Mail to complaints from constituents – one said to me the reply they had received amounted to ‘we’re trying, but it’s not our fault’. I think there could be an automatic process for compensating constituents if the delay goes over a certain period of time and I would like Ofcom to not treat this as just ‘due to Covid’ because there have been problems in previous years, albeit not as bad.

I visited the Didcot office the following day. Royal Mail say the problems were due to Covid-related absence, the social distancing requirements for offices/vans and the increase in parcel volumes; they say they have hired more staff, bought more vehicles and are almost back to normal. I hope so, because I warned both the minister and them that I will be back on their case if not!

David asks about land for a Didcot Health Hub