David's Herald article on his debate about the role of developers, housebuilders and management companies in new homes 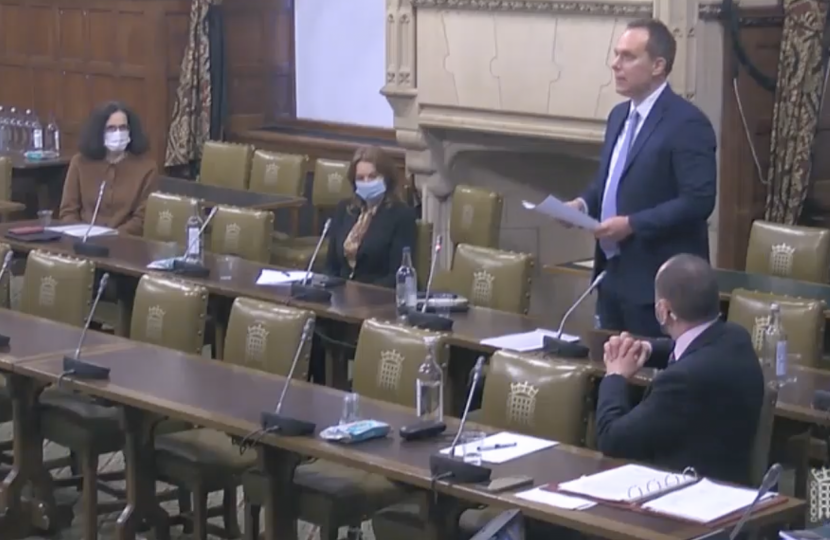 The very first debate in parliament on the first day it returns this week is one in my name – on the role of developers, housebuilders and management companies in new homes. I applied for a 90-minute debate but could easily spend 90 minutes and more talking about this topic as it is a cause of considerable (and understandable) frustration to many constituents.

Most current homeowners understand that people need somewhere to live and want to get on the housing ladder as they themselves did. They frequently have children and grandchildren who are finding it difficult to buy their own home and want to see them helped. They also understand that many of the people who live here now didn’t always – they moved here from somewhere else many years ago – and have no desire to close the door to others making the same move.

However, there is no denying the new homes we’ve had have caused a number of problems. Firstly, the homes are often low-quality, with problems which go way beyond the usual snagging you might expect, and it can take years before the owner sees these rectified. Secondly, they are built in a way that is bad for our environment – not just in the sense of taking away some of our natural landscape but in a way that we know will require them to be retrofitted in the next 10-20 years.

The homes are frequently not affordable. The average price of a home in the constituency is over £300,000 and thereby over 9 times median income. They are frequently accompanied by high management fees for maintaining communal areas when there is little transparency about what is being done for the money – and sometimes it is clear nothing is being done.

But there is also the process by which the homes go from planning application to being built. The games that are played by developers to outfox the system, using expensive lawyers and consultants to try and ensure no doesn’t mean no. The driving down of the proportion of the homes that are notionally affordable on the grounds the development wouldn’t be viable to keep what was originally promised.

And, perhaps the biggest issue in the long list of issues – the failure of the promised infrastructure to support the increased population to materialise, meaning that people who didn’t start as opponents of new homes become opposed to them because they feel they bring nothing but problems. As I say, I could easily talk about the problems for more than 90 minutes – and I will keep campaigning to see the system improve. You’ll be able to find the debate on my website/Facebook page in the coming days.