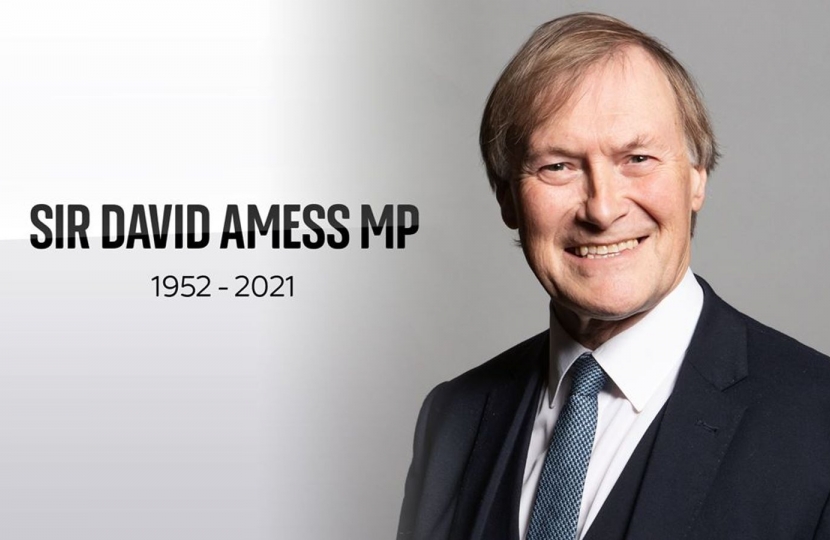 Being an MP is a great privilege, but you shouldn’t be at risk of losing your life doing it. The killing of Sir David Amess – like the killing of Jo Cox and the stabbing of Stephen Timms before it – has left us all shocked and feeling hollow.

That feeling has nothing to do with what party he represented. It is because there are only 650 of us and we all know it could have been any one of us. It’s because the killing of anyone in this manner is shocking.

And it’s because Sir David Amess was one of our kindest, most big-hearted colleagues who was, as ever, simply trying to help his constituents at the time he was attacked.

Inevitably there has been much discussion about the tone of politics. The killing of Sir David seems to have been an act of terrorism – certainly that is part of the charge against the person in question. But there is general agreement that the tone of politics is not what it should be. I agree.

I often joke that when I was a charity chief executive, I was seen as a saint; now I’m a politician, I’m seen as a sinner. That where before I was an MP I was instinctively seen as one of the good guys – honest and in it for the right reasons – I’m now seen as unprincipled and in it for myself.

Most of my friends would already not touch politics with a barge poll. They see the long hours, the abuse, the inability to solve every problem (however hard you try), the relationship breakdowns, etc, and can’t see the point. When MPs are attacked simply for doing their jobs, it’s hard to argue that they should.

I do still think people should enter politics and have no regrets about my decision. The most satisfying part of the job is when you can help an individual constituent with something that has been causing them distress for weeks or months, whether it relates to their house, their health, their child or their parent.

But the culture of politics does have to improve. That is partly the responsibility of politicians, but it is also the responsibility of everyone who interacts with them. Quite apart from explicit threats, too often people will say things from behind a screen that they would never say to someone’s face. And social media companies have got much more to do to improve the way they deal with all sorts of harmful material, including abuse.

MPs entered politics for the right reasons and they are human like anyone else. They should not be treated better than others are - but they shouldn’t be treated worse.