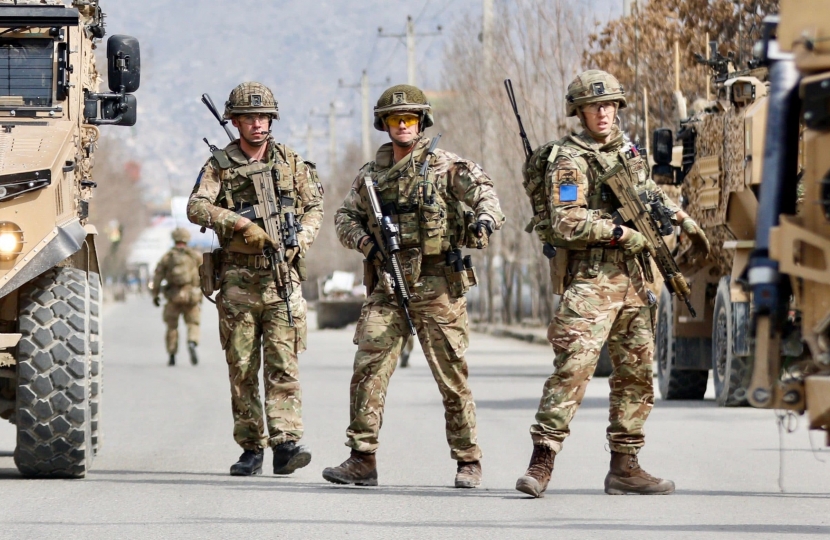 I write my Herald articles several days before they’re published, which means this is the first one since the fall of Kabul. I know that everyone will have been disturbed by the images we have seen this month and fear what the success of the Taliban means for the people of Afghanistan.

On the 8th July, the Prime Minister made a statement in the House of Commons about the position in Afghanistan. I took part, asking a question that paid tribute to the 11 EOD and Search and Regiment that is based in Didcot and which sadly lost members during combat operations. Other constituents also lost loved ones serving in other regiments during Operation Herrick, the name given to Afghanistan operations, 2002-2014.

In July there was a recognition across the House of Commons of several things. Firstly, the bravery of our armed forces who sacrifice more for the country than most of us ever will. Few questioned the motive for supporting the invasion of Afghanistan: it was at that time the home of Al-Qaeda, which had launched the 11th September 2001 attacks and had been sheltered by the Taliban. There was a recognition of significant developments we had supported, particularly for women and girls.

But there was also a recognition that the Taliban was in the ascendancy against the Afghan army and would, in all likelihood, retake the country. And we all understood that with America having decided to remove the remainder of its personnel – which had always been the vast majority of the NATO forces in the country – there was little that the UK and the other countries that had taken part could do in their absence.

The evacuation that has taken place since Kabul fell has been truly extraordinary – 15,000 British nationals, Afghans and nationals of allies have been evacuated by our armed forces in just 2 weeks, the largest operation of its kind in living memory and yet another demonstration of the fact we have the best armed forces in the world.

The Government is now working to evacuate those it couldn’t get out in time. It is also working to stop Afghanistan becoming a haven for terrorists again and to prevent a humanitarian disaster, supporting refugees – we have committed to taking 20,000 and, while I know there are people who say we should take more, this is currently the largest commitment of any developed country outside the U.S.

Under the Government’s Operation Warm Welcome, councils are being given money to help the refugees with housing and health support (including Covid vaccines) and a named minister will oversee their resettlement. Our presence in the country may have largely ended, but our efforts for the Afghan people continue.