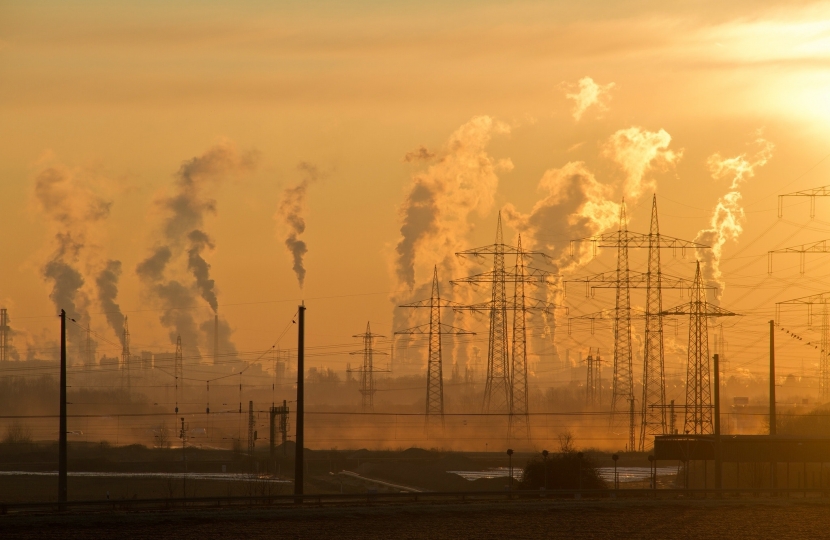 As a member of the Conservative Environment Network and one of the co-sponsors of the Local Electricity Bill, I take a keen interest in events, reports and activities that are designed to promote the importance of combatting climate change. This month, we’ve seen 2 different approaches.

One has been provided by Extinction Rebellion, which for several days organised protests at key sites around the country. What received most publicity was XR blockading newspapers so that many people could not receive them on the first Saturday of this month. As well as this angering many people – not least journalists – it turned out to be particularly ironic because the Sun, one of the newspapers they blockaded, was carrying a piece on climate change by Sir David Attenborough, which as a result people didn’t get to read.

Other XR actions include standing on a London tube to stop it being able to take people to work, digging up the lawn of a Cambridge college and spraying fake blood on buildings – the latter stunts leaving mess which cleaners then have to clear up. The question is, does any of this make people who didn’t care about the environment beforehand start to do so? I suspect it puts people off.

I have perfectly pleasant and regular email exchanges with XR supporters in the constituency, but they frequently involve requests like ‘let the aviation industry go bust’, with no thought to the many people it employs who will then struggle to put food on the table. Part of the problem is the lack of diversity in the group: as one study found, XR activists are overwhelmingly the affluent middle class and a third have a postgraduate qualification. The prevalence of public-school boys has led to some labelling them ‘econians’.

The second approach has been provided by Climate Assembly UK, who have just published The Path to Net Zero. The report details the findings of the first UK-wide citizens assembly on climate change – covering all aspects of our lives – and I encourage people to read it. Whilst I don’t agree with everything, importantly, the citizens were chosen to be exactly representative of the country at large. I particularly welcome the report’s emphasis on ‘fairness’, including for those on different incomes. I know which approach I think will be more successful.

Apart from when there is criminality, one of the things that means not everyone supports efforts on the environment is that they think the affluent are telling those on low-incomes everything about their lifestyle is wrong – where they work, what they drive, where they go on holiday. If we can all understand people have different levels of resources, we’ll take more people with us.

Following the media reports today about Oxfordshire’s Tier Level, myself and the other 3 Conservative MPs issued the following statement.