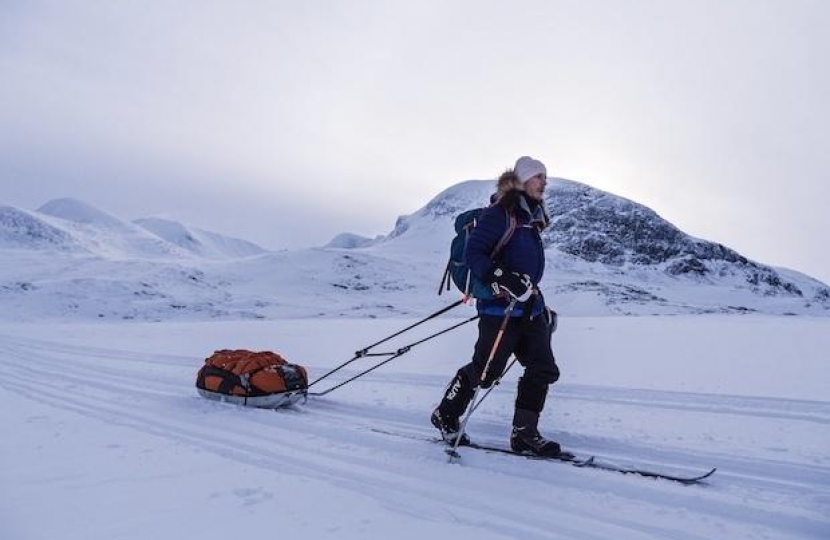 I was very sad this week to hear the news that Alex Flynn, from Wantage, had passed away. I spoke to Alex last year and was completely inspired by his story and, if you don’t know it, suspect you will be too.

Alex was diagnosed with Parkinson’s disease back in 2008 when he was just 36 years old. At the time, he had been training for the Marathon Des Sables. Described as one of the toughest feats on earth, the Marathon Des Sables is the equivalent of six marathons across the Sahara Desert with participants having to carry their own supplies.

Alex was at the height of his physical fitness at this time – a real sports and fitness enthusiast – but, having already begun training for the challenge, he noticed a tremor in his hand while holding a cup of coffee. After speaking to specialists, Alex was diagnosed with Idiopathic Parkinson’s Disease which, at this point in time, remains degenerative and incurable.

For someone like Alex, who thrived on pushing his body to the limit through extreme sports, this was a cruel development. But rather than being beaten by his diagnosis, Alex decided to channel his abundant energy into fundraising to find a cure for Parkinson’s, a disease affecting millions of people across the world.

If you ask most people to imagine someone being diagnosed with Parkinson’s, the chances are they won’t picture someone who is in their mid-30s. In our conversation, Alex really opened my eyes to the fact that Parkinson’s can strike people at a much younger age than you think. As he once said “If I told you that the youngest person diagnosed was a 2 year old boy you might come close to experiencing the anger I feel towards this disease.”

One of the many goals Alex set himself was to ‘run, walk, climb and do anything else to cover the equivalent distance of 10 million metres’, a feat he achieved in 2014. In May 2020, he climbed the equivalent height of Mount Everest not once, but twice at home, by taking the stairs 3,516 times. He completed marathons, triathlons and ultra-endurance races.

His mantra in life was ‘keep moving’, which epitomises his determination and positive attitude. As of the summer 2020, he had raised more than £80,000 for Parkinson’s UK and more than £530,000 for charities worldwide. He was a very worthy recipient of the PM’s Points of Light Award in 2016.

At the time he died Alex was in Nepal to take on his latest challenge, trying to be the first person with Parkinson’s to scale Mount Everest. He sadly couldn’t complete it, but he’d already achieved more than most of us ever will.