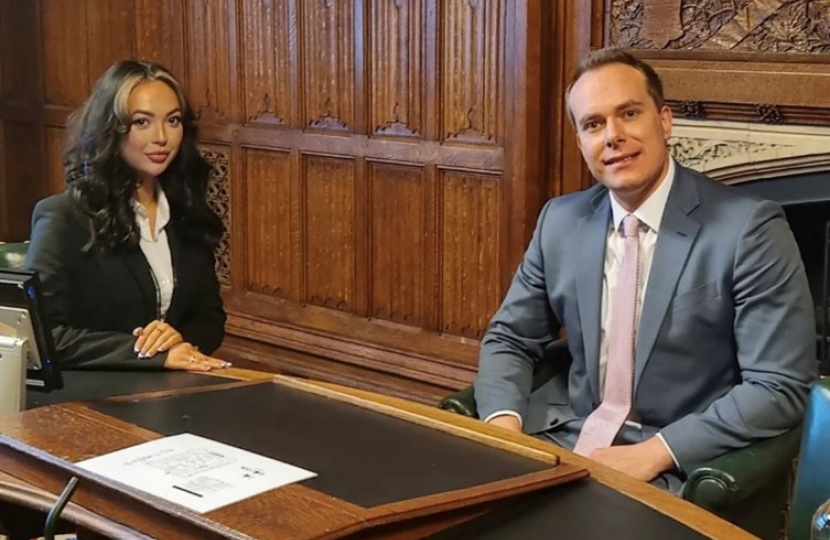 "As some of you know, Sharon Gaffka from Didcot has been campaigning on drink spiking. She came to Parliament in January to talk to me about her campaign and I agreed to help however I can.

Later this month I am taking her to see the Minister for Safeguarding, Rachel Maclean.

I am very pleased that today the Home Office has announced it will be introducing harsher sentences for spiking drugs - including GHB which is one of the main drugs used in drink spiking.

Sharon's campaign has been featured in the official announcement, which you can read below."

GHB, a drug that is used to spike drinks, has been reclassified as a Class B drug today (13 April) along with two related substances, GBL and 1,4-BD, meaning that those found in possession of them will face tougher penalties.

From today, those found in unlawful possession of these drugs face sentences of up to five years behind bars, while those involved in supply and production will face up to 14 years in prison.

GHB (gamma-hydroxybutyric acid), gamma-butyrolactone (GBL), and 1,4-butanediol (1,4-BD) have been found to facilitate serious crimes, including murder, rape, sexual assault and robbery. These tougher sentences recognise the harms these drugs do and are expected to deter possession and supply, so that the public are better protected from criminals.

"These drugs have been used to commit too many heinous crimes and it is right that sentences for those caught in possession of them reflect the damage they do.

I welcome the tightening of restrictions around these dangerous substances, introducing tougher penalties for possession sends a clear message to those who think they can get away with using it.

These changes will help ensure the people of Britain are kept safe and that we continue to tackle drug misuse and crime in all its forms."

Former Love Island contestant, Sharon Gaffka, was found unconscious in a toilet cubicle by her friends in July 2020 while out for lunch. She has no memory of the incident but her friend, who is a doctor, believed she was a victim of spiking. Thankfully Ms Gaffka recovered from the event but too much time had passed by the time she left hospital for any evidence to be gathered as to what she had been spiked with.

Ms Gaffka is now leading a campaign to boost awareness of the dangers of drink spiking, of which GHB is suspected to be one of the most commonly used drugs, with the support of her local MP, David Johnston.

"Spiking - and the fear of spiking - has been a blight on people trying to enjoy a night out with friends and family for too long.

The changes announced today are an important step towards ensuring that those who prey on people in order to try and take advantage of them are given the punishments they deserve."

For the police and Border Force, this change will support their ongoing efforts to tackle spiking.

"We know that GHB is used by perpetrators to commit sinister crimes, including spiking, and we recognise the horrible impact these incidents can have on victims. As such, we are supportive of this change, which ties in with our ongoing coordination of the national policing response to needle spiking.

We continue to work with our law enforcement partners, including the National Crime Agency (NCA), to ensure there is a coordinated, national response to the supply of these types of drugs. If you have any information on the supply of these drugs, please report it to your local force or you can report anonymously via Crimestoppers."

The Home Secretary asked the independent Advisory Council on the Misuse of Drugs (ACMD) to expedite a review of controls on these drugs in January 2020 after becoming concerned about their use by criminals.

Following the recommendations by the ACMD, these drugs have now been moved from Class C to Class B under the Misuse of Drugs Act (1971), which has been welcomed by non-profit charity Stamp Out Spiking UK (SOS UK).

The charity was founded by Dawn Dines in 2019 to tackle the increasing incidents of drink spiking in the UK, as well as supporting victims of spiking.

Dawn Dines, CEO and founder of Stamp Out Spiking, said:

"After nearly two decades campaigning against this crime I feel some sort of justice will be felt by the numerous victims of the disgusting crime. I recall young men and women breaking down, sharing their experiences.

Even though it’s too late for those victims, this is going to help so many more people in the future.

We are delighted that the Home Secretary is giving a clear and concise message by the reclassification of the drugs used and that there is zero tolerance of this cowardly crime in our society."

The government will continue to tackle drug misuse as announced as part of the 10-year Drug Strategy, From Harm to Hope, ensuring an even tougher response to criminal supply chains and the demand that fuels these illegal and violent markets, as well as supporting people through treatment and recovery.